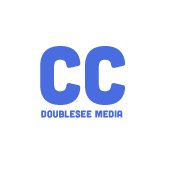 At Doublesee Media ( Tasmania Film and Video Production )  We believe that any project is a collaboration between more than one creative… and the Most Important creative is always the client.

We work well in Commercial, Government and  Community environments.  See our Film and Video Production Solutions for what we can do…

…and if it isn’t there, don’t be afraid to ask us!

The Bad Dad Orchestra came to us with their new EP, ‘Viva La Bad Dad’, and wanted this beautiful ballad as their first music video.

Smoky bar, velvety, a little sexy but dark were my first impressions and because of availability of all 9 band members we only had a day to plan and shoot!

One day! But I reckon our results were great. Jimi Steele, the lead singer, was directed to tell the story, be the conduit between his band and us. I think he pulled it off!

p.s. You may recognise the drummer, Luke, from the Guthrie videos and Jim from Australian Idol 2006 sans beard!

Doublesee Media was commissioned to create a video installation for the main pavilion of the Venice Biennale Architectura 2018 for Tasmanian Architects, Room 11. Working closely with Megan Baynes and Thomas Bailey , we delivered a video that stretched to 13 meters wide that sat just above the floor in a darkened room . The soundscape we developed added to the visual experience by taking participants in Venice, back to the sounds of everyday Tasmania. Wind, sea, children, trees, grasses and even our director in the shower!

Yvonne Farrell and Shelley McNamara titled the 16th International Architecture Exhibition Freespace, and explained their choice with the following words:

“Freespace describes a generosity of spirit and a sense of humanity at the core of architecture’s agenda, focusing on the quality of space itself.

Just shown in Hobart to the Community and distinguished guests is the aWAKE BEFORE DEATH film Doublesee Media recently completed.

The film is part of a suite of flexible resources to promote awareness of death and dying and to encourage other communities to have conversations about end-of-life planning.

aWake Before Death will be promoted at MOFO, January 2016 and through the World Health Organisation (WHO).

It was a profound experience putting this short film together from hours of interviews and discussions…enjoy.

Space to Be Curious.

Children are incredibly Creative, it’s inherent but somewhere it gets lost…’Space to be Curious – Creative Connections in the Early Years’ is a film that hears the thoughts of Staff, Parents and Artists in residence at Child and Family Centres, in Tasmania and how a program called Art about Us has enriched the creative elements in not only their children’s but their lives as well.
earlyyears.org.au/projects/creative_connections_in_the_early_years

The new Tasmanian planning website is out (October 2014) and so are the 3 films we made for the commission earlier in the year! We made one for builders, for architects and here is the info film for homeowners!

We recently ( May 2014) took a Bronze at The International Summit Creative Advertising Awards 2014.

The awards attracted over 5000 entries of fantastic work from 24 countries!

The work we were awarded for was for the Angels4Olivia campaign, for Angels Goal. This was a combined effort with Goodwill Freelancers who managed the campaign and Doublesee Media Producing the video material including two National Television Commercials.

It was incredibly courageous of the Penpraze family and Tabitha to be a part of this, especially agreeing to be in the TVC highlighting Olivia’s story, thank you!

Not new news, but I forgot to post this Ad we made for a Brand Honee video competition for Foxtel’s Green IT week…

Digital Directions! We are well into a 20 odd video series with The Tasmanian Department of Economic Development, Tourism and the Arts, highlighting various ways small and medium business’s and industry are using digital solutions in their business strategies. It has been a collaboration withTasmanian Small Business Association, Tasmanian Chamber of Commerce and Industry , the Tourism Industry Council of Tasmania and Tasmanian Farmers and Graziers Association. It has been a great and diverse project taking us to all corners of the Island and points of view. Here is number 7 in the series…or number 8…I forget, but there’s more to come!

This film we made recently, screened at the Tasmanian Aged Care Conference…it’s a project we have been working on all year.